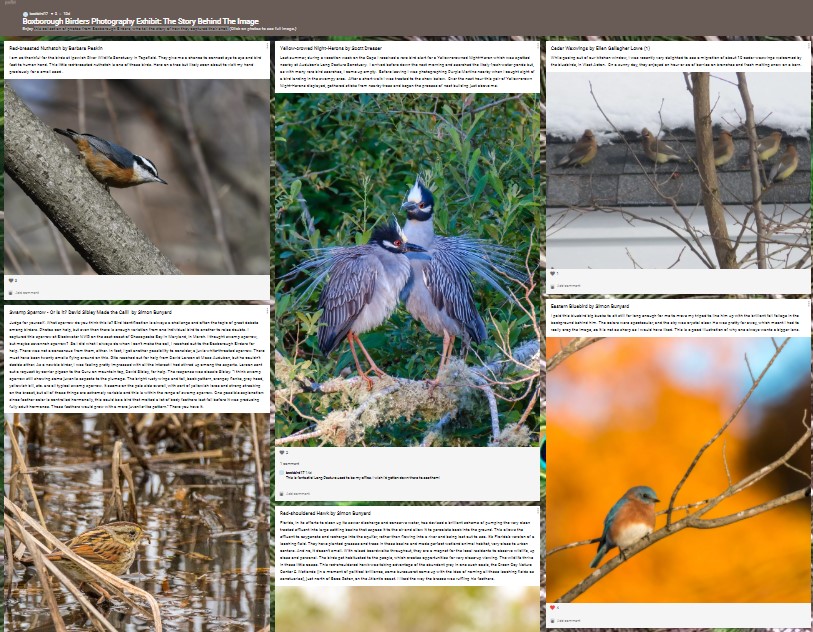 Boxborough Birders Photography Exhibit: The Story Behind The Image

It was a cold but beautiful autumn morning for a visit to Steele Farm in Boxborough. When we arrived, a red-tailed hawk was sitting at the top of one of the dead trees with the morning sun directly on it, and it hung around long enough for Ginny to capture the photos below.

A Cooper’s hawk made a very brief appearance at the edge of the woods. Yellow-rumped warblers were everywhere, and we watched a large flock of them flitting through the woods eating poison ivy berries. A large bird with pointed wings and shallow wing beats flew over, possibly a peregrine falcon.